Now I get it. Now I`m a believer. Now you need to get on-board with your own pair of NOW Select Skate-Tech bindings.

NOW`s gutsy leap into the unknown with their binding technology released in 2012 ranks as one of snowboarding`s most innovative ideas put into action since monkeys started moving sideways on wooden planks four decades ago.

Besides, it`s hard to overlook when some of snowboarding`s most influential riders — e.g. Jeremy Jones and Devun Walsh — have put their “we`ve done things you can only imagine doing on your boards & bindings” stamp of approval on NOW`s contribution to the snowsports world. 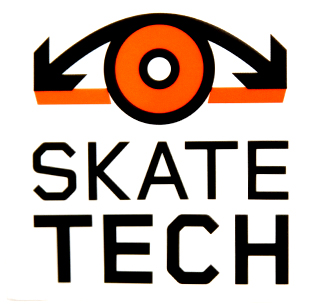 Is it overstated to say that NOW bindings make you feel like you`re on a skateboard? Yes, of course, it`s snowboarding.

So what`s skate-tech all about?

Skate-Tech refers to the brave re-design of the baseplate-to-board relationship that NOW recently introduced to the snow-starved masses.

NOW bindings utilize a sort-of “floating” baseplate component connected to a fulcrum (i.e., kingpin) that has fore-and-aft freedom of movement. This allows your binding to slightly shift back-and-forth on an axis, ultimately creating more efficient and powerful energy transfer to the edges of your snowboard.

Different density “bushings” — four small rectangular rubber pads in soft, medium and hard — are used at each corner on the underside of your bindings to serve as shock-absorbers, as well as help re-bound the energy in the opposite direction when you transition to the opposite edge.

You could potentially call this “see-saw-tech”, as that pretty accurately describes the primary movement of the baseplate across the fulcrum. However, snowboarding physics dictate that there is rotational movement more akin to the 360° range within a skate truck joint. Besides, skate-tech sounds a hell of a lot cooler than see-saw tech.

For anyone feeling apprehensive about strapping into a pair of NOW bindings — we know, we know, change is scary for haters — no need to worry.

There is a skatey, more accurately stated, surfy sensation underfoot (damn is it nice) that can come across a bit “looser” than on traditional bindings.

Again, have no fear skater haters. Although NOW`s Skate-Tech is revolutionary, there is welcomed subtlety and familiarity to how the bindings feel when you make your first turns into the future.

The “looser” feeling does exist momentarily at times, most evident when trying to keep a flat-base (e.g., in an area on-piste where you need to keep your speed to avoid getting stuck), but looseness never translates to instability.

In fact, after engaged, the Select`s generate uncompromising hold across the length of the entire edge beyond any binding ever tested with such a low, soft highback.

The fore-aft movement of Skate-Tech, shock absorption from the bushings and comfy footbed-&-highback combine to alleviate foot fatigue better than any binding tested. Skate-Tech also seems to allow the scientists at NOW to use a softer, smaller high-back to generates similar response as taller, stiffer (less comfortable) highbacks on traditional freeride bindings.

Low-profile, well-shaped toe & ankle straps add to the responsive behavior of the Select bindings, while easy strap and forward lean adjustments make it simple to experiment with tension quickly on the fly.

Non-slip rubberized material in the heel-cup gives great foot-hold for peace-of-mind and the plastic composite used throughout is light as air & can take abuse.

No time to be lazy now…

When combined with dynamic, aggressive riding, the NOW Select`s reward with responsive results. Lazy, blobby riders just out for a leisurely cruise will enjoy the NOW Select bindings too, but these green machines (or black) prefer a “deliberate dynamism” when transitioning from edge-to-edge.

Are they slow or lacking response? No, it`s just that NOW`s Skate-Tech responds more effectively when throttling up your attack-mode. So basically, good news…lazy is for the couch not the slopes.

Regardless of your experience level, you will want to read the brief manual that explains some of the minor differences before mounting your NOW Select bindings (or any NOW binding model).

The main thing you need to be aware of when mounting your NOW Select`s– aside form very simple bushing insertion — is that the screw holes on the mounting discs are off-set making it appear like the center-point is wrong. This is done purposefully by NOW for “strength and durability” according to the manual. The NOW Select bindings work like a charm, so apparently they have method to their madness.

You will also need to apply a bit of pressure downward onto your disc when attaching it to your deck because the Skate-Tech baseplate component that shifts fore-aft across the kingpin elevates the binding slightly until screwed down. Otherwise, all other adjustments are as expected.

If you toss out your instruction manual, here`s the official 2015 NOW manual for IPO and Select bindings.

Incredible innovation aside, the NOW Select bindings are one of the most comfortable, capable and versatile snowboard bindings designed for a wide-range of riders available today.

Priced under $300, the Select`s are currently our top recommendation for everyday, do everything, all-mountain snowboard bindings from beginner to advanced skill-sets.

NOW Select bindings are light as air. Tighten them down onto a Jones Ultra Aviator or Nidecker Ultralight and you`ll have one of the most hardcore, featherweight UFO`s on the mountain.