In only a short time since company launch in 2009, Jones Snowboards have proven their dominance in backcountry & deep pow zones around the planet with the Hovercraft, Flagship, Mountain Twin and excellent splitboard variations in their line-up. The introduction of the Jones Ultra Aviator into their bag of tricks makes aerial all-mountain freestyle command one to add to the list. 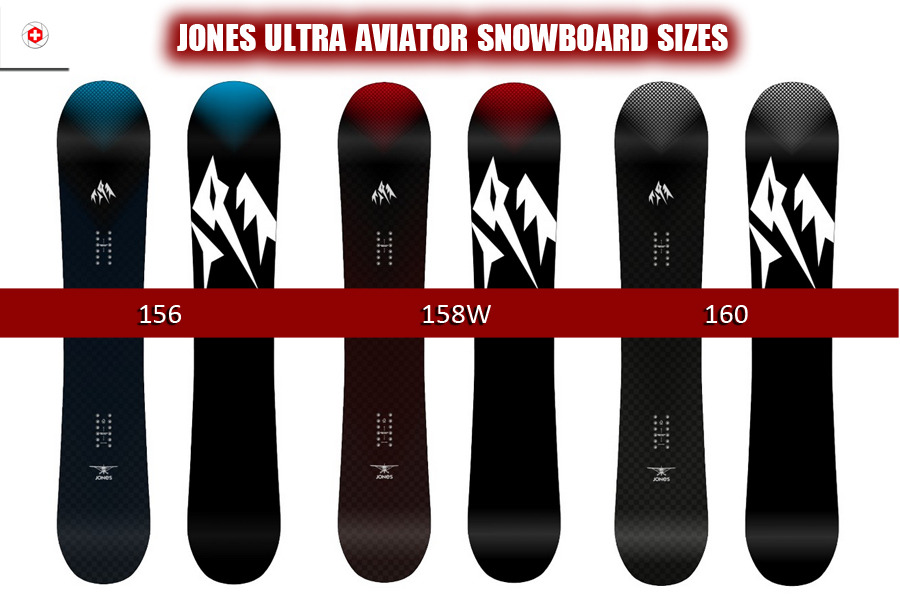 Most boards sold with “freestyle” written on the plastic packaging don`t have lofty off-piste potential. But the freeride soul of Jones Snowboards has definitely been channeled into the Ultra Aviator.

The blunt nose and rocker tail work together to billow deep snow off to the sides (instead of over the top of the nose), as well as create additional floatation with less back-leg burn. Likewise, strong edges and solid wood core gave us the confidence to slide through steep couloirs, drop-off rock formations and slide over top of whatever the snow gods placed in front.

Does this freeride freestyle stick belong on a full-fledged overhead blower Japow backcountry mission better suited to a Jones Solution splitboard or Jones Hovercraft, maybe not (notice we said maybe). But can the Ultra Aviator instill confidence in any condition away from the trail on any given day? Absolutely.

Edge-hold, toe-to-heel response, power in-&-out of turns, even flexion from tip-to-tail, stability at speed…it`s all there, plus the intangible fun-factor missing from less highly engineered boards.

Full camber under foot coupled with mellow Magne-traction provides peace of mind when charging on hard-pack or icy pistes.

The “Sintered 9900” base is a technologically fancy way of saying that the Jones Ultra Aviator base is ultra-fast, ultra-strong and requires ultra-less waxing.

Another amazing mad-scientist feature of the Ultra Aviator is the 3D Power Camber profile. This is the combination of traditional camber under-foot with flat beveled base portions at the contact points of the edges. This creates a looser, smoother edge-to-edge transition by reducing the chance of catching your edge during the initiation phase of your turn.

If you`re an upper-intermediate/advanced rider primarily sticking to the trails or maybe a snowboard instructor required to spend much of his/her day on the groomed slopes, this deck is without question one of the most reliable, fun, tech-savvy on-piste pilots for everyday use on the market.

Sure, it can handle boxes and rails, but the flex isn`t noodley (aka, flimsy & soft) enough to be a dedicated box/rail board. With enough days of abuse, the flex could be softened into a more rail-focused slayer, but a versatile all-mountain freestyle board like the Ultra Aviator is far more useful to most riders.

To highlight how the Ultra Aviator`s aerobatic abilities soar above the rest, follow along below with the American Association of Snowboard Instructors (AASI) freestyle teaching method — the ATML model —  which describes the four key components of a successful freestyle maneuver on a snowboard.

Approach: You`ll be impressed with the stability of the Ultra Aviator at high-speeds when approaching the launch point of jumps due to the strong wood core, full-camber under-foot and mellow (non-catchy) magne-traction. The super fast sintered base beneath your feet will get you to the lip of the jump at warp speed for…

Takeoff:  The beveled contact points on the edges allow for quick micro-adjustments just before launch to avoid an off-balance atmospheric exit. You can expect a smooth, powerful, effortless lift-off as the strong wood core and carbon reinforced tail (or tip if launching switch) provide the pop to get you airborne for your stylie…

Maneuver: No joke here…you`ll be shocked at the lightness of the Ultra Aviator. It sounds cliché, but it really feels like you`re not attached to anything at first. Truly, flight never felt so featherlight before the Ultra Aviator (and we`ve been in snowboard flight school since the mid 1980s). If flips `n spins are in your repertoire, feel free to flip `n spin til your dizzy. The swing weight in the tip and tail of the Ultra Aviator has been reduced to almost nothing via elimination of the wood core in exchange for carbon. This tech is the type of alien shit Boeing and Northrup Grumman want to steal for their next stealth jet project. But every space ship has to come down for…

Landing: The Ultra Aviator is extremely solid upon impact…no floppiness in the nose what-so-ever. It leaves you feeling completely confident all the way to the aprés ski bar where everyone will wish they had their Aviator license too.

With a freeride soul stuffed into what would traditionally be thought of as a piste or park-bound plank, it`s easy to understand why the all-mountain performance of the Ultra Aviator is off the charts.

Strap into the future. Hop a first-class flight to all-mountain shred heaven on the Jones Ultra Aviator.

Not sure if flying with the Jones Ultra Aviator is your thing? Then maybe you should get Ultralight or Hover instead.